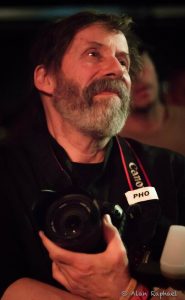 John Wehmiller began using his camera early in his life under the tutelage of his father, Fred Wehmiller, an inventor and avid photographer.  As a child traveling with his family throughout the US, Canada, and Europe, John was nurtured by his father’s passion for sighting and recording with his camera.  At home in St. Louis, he spent hours at his father’s side absorbing the magic of the darkroom.  As the father of two sons, Wes and Abe, John passed along his love for travel punctuated by ritual “curiosity stops” to appreciate an instant when the light and the landscape and the family’s arrival at that particular time would crystallize in a moment no longer measured by the march of time, but known by its presence and a timing of its own.

In 1967, while in Graduate School in Geology at Columbia University, Wehmiller attended a workshop conducted by photographer Paul Caponigro whose thoughtfulness and peaceful images have had a profound and lasting influence on Wehmiller’s work.  Caponigro wrote about his own work words that speak to all of us more urgently today:

“Who has the time today, really the time, to grow, to unfold, and to develop in an activity or even to contemplate properly what others are doing?  Life ought to be lived more like harmonious music.  The pressures of hastening things, of skimming superficially, only destroy the sense of music.”

Wehmiller’s work expresses too the generational influences of not only his father, but also his musician/photographer son Wes.  “The stories and images of grandfather, father and son go back so far and forward just as far” writes Paula Lawrence-Wehmiller, “as if there is no horizon.” Other influences on Wehmiller’s work include the writings and drawings of John Wesley Powell, the early and/or continuing activist artistry of Eliot Porter, Ansel Adams and others, and the thoughtful photographs of Michael Kenna, David Plowden, Harry Callahan, Eugene Smith, and Walker Evans.  Although photographing the natural world has always been Wehmiller’s primary interest, it should be clear from the different themes and images on this site that “whatever looks interesting” has caught his eye.  Some images may capture little attention for aesthetics, but exploring their content will hopefully reveal an appreciation for their meaning,  and several represent important family travel experiences.

Wehmiller has fostered an enthusiasm for the beauty of the earth in generations of students at the University of Delaware where he taught geology for 40 years before retiring in 2013.  His work has been displayed in the Lewes (DE) Fine Arts Show, the List Gallery at Swarthmore College, the West End Gallery (Media, PA), the 2019 Pollux awards (search on Wehmiller), the Photo Review , and appears in collections throughout the country.  In recent years he has served as one of the photographers for the Chester Children’s Chorus,  a group that inspires the Philadelphia area with its glorious music.  Numerous still images of performers can be seen in the online CCC Holiday Concerts for 2020 and 2021 and the Oct. 2021 outdoor concert at Swarthmore College (“We Will Rock You!“). 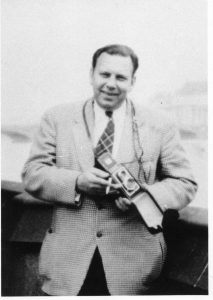 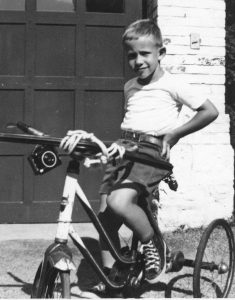 Some of Fred Wehmiler’s photos from European trips are posted in a separate blog about his work; these are the first steps in an on-going effort to digitize and post a collection of family photographs.